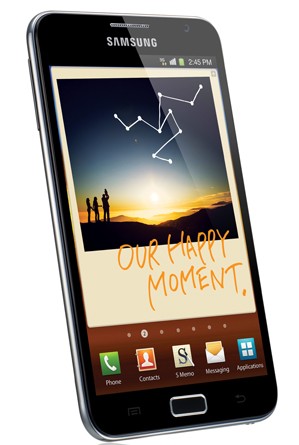 I admit it – I’m an early adopter.

That means that I enjoy trying out new technologies, though I can also claim I do this for work reasons as well.  As a consultant to unions that want to work better with new technology, I am often asked for my views on this or that new bit of hardware or software.

I got the original iPad back on the day in came out in the UK.  Actually, the day before it came out.  While Apple fans were queuing up late at  night to be the first to enter the stores, I had simply ordered online – and the iPad was delivered to my door the day before the official release.

I have enjoyed it immensely and use it every day.  It always sits on my desktop, turned on, showing my current to-do list (I use the Toodledo app for that).

But after two years, it has begun to show its age.

Once I started adding photos and music to it, it completely filled up.  (I own the smallest, 16 GB, version.)  I couldn’t download a movie to it.  In fact, the last time I tried, I couldn’t even update the apps – there was no room to download the updates.  I eventually deleted the photos and music just to clear room.

But I’ve also noticed a couple of downsides to the iPad over the last two years of intensive use.

The main thing is its size – it’s simply too large to use all the time, especially when travelling.  I’m self-conscious if I take it out on a bus or train.  (Though more and more people do this.)

And it’s heavy too — uncomfortably so for long-term use.

So naturally I was excited when Apple released the iPad 2 last year and the new iPad this year.

But I didn’t upgrade last year because I didn’t think the iPad 2 added enough value to justify the investment.

And I didn’t upgrade now because I’ve found something better.

Yesterday, to reward myself for a small personal achievement, I went out and purchased the Samsung Galaxy Note.

This device is being marketed as a cross between a phone and a tablet.  It is either a very large phone (think Dom Joly in “Trigger Happy TV”) or a very small tablet.  The screen is 5.3″, less than half the size of the iPad screen. 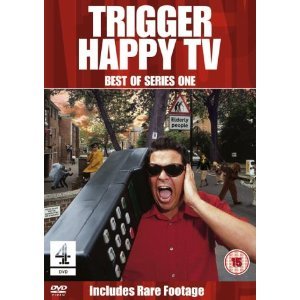 So what are the reasons to go with this rather than a new iPad?

It’s a phone – and I carry my phone everywhere, though I often leave the iPad at home.  This means that I’ll now be carrying a tablet everywhere, making it far more useful as it will always be at hand to jot down ideas, tasks, etc.

It has two cameras, one of which at 8 MP is as good as many stand-alone cameras, and certainly for one like myself who’s not very good at taking photos, this will more than suffice.  It will shoot high-definition video as well. The best thing is that I hardly ever take my normal digital camera anywhere — I even forget it when going on holiday — but this is a camera that will always be in my pocket.  They say the best camera is the one you have with you at the time you need to take photos, so for me, this is the best camera I could ever own.

It’s very light — about one fourth the weight of my iPad — so it should be easier to hold for long periods of time.  One of the time-intensive things I do with the iPad on flights and long train rides is to read books on it.  I was an early adopter of e-readers, having read books on my old Palm Tungsten C nearly a decade ago.  (Here’s an essay I wrote on the subject eight years ago – back in April 2004.)   The screen size is also a close approximation of a paperback book than the 10″ screen on the iPad which is more suited to large-format books or magazines.

Because I purchased it from Three, with unlimited data, it means I will have always-on access to the net, something which I missed with my (non-3G) iPad.  So now, sitting on a bus, I can check my emails at no cost and at high speed, I can look at the news, see how my campaigns are going, and so on.

I’m still exploring the device, having owned for it little more than 12 hours, and have begun downloading the apps that I consider essential, but which are not included.  I have found the use of Google Play (formerly Android Market) to be very easy, perhaps even easier than Apple’s App Store.  Here are some of the apps I’ve added to the phone on the first day, in no particular order:

I have more apps on my list, but this will do for a start.

I’ll update once I’ve used this for a few days and will let you know how it’s going and what I’ve learned.