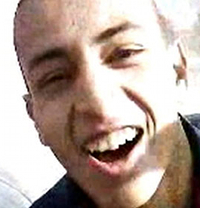 This article appeared in Solidarity.

Mass murderers, and especially those who execute children at point-blank range, are not normally objects of one’s sympathy. It is possible, I imagine, for Nazis to “understand” the motives of a mass murderer, especially one who targets Jews.

But one hardly expects the same sort of understanding or sympathy on the Left.

And yet this is precisely what we find in the latest issue of Socialist Worker.

In a full-page article following up on the Toulouse killings, Jim Wolfreys mentions in the second paragraph that Mohamed Merah’s first attacks took place on the very same day as an American soldier, Robert Bales, went on the rampage in Afghanistan.

One’s first reaction is to think — that’s a quick response by Merah to an attack on his fellow Muslims. But it wasn’t, and that’s not Wolfreys’ point at all.

His point is that “the media tried to comprehend what Bales did by reference to a breakdown brought on by injuries and trauma.”

What most of us saw in the media was shock and horror at what Robert Bales did.

The only attempt to “comprehend” his actions in this way came from his lawyer.

Everyone else, including his Commander in Chief, condemned what Bales did without hesitation.

“Few have tried to do the same in the case of Mohamed Merah,” writes Socialist Worker.

In other words, according to the SWP, Merah needs an advocate.

He needs someone to explain what motivated him to brutally murder unarmed civilians, to deliberately target Jewish children, as well as to execute French soldiers.

Jim Wolfreys complains that “virtually no coverage has been given to claims by Merah’s lawyer that racism” was to blame for his actions.

That may be because of Merah’s own statement explaining what he did — claiming that it was perfectly alright to murder Jewish children because Palestinian children had been killed.

Wolfreys and the SWP want to play the role of devil’s advocate (almost literally in this case) and consider Merah’s own words irrelevant.

He murdered Jewish children not because he was an anti-semitic fascist, trained in the Al Qaeda camps in Pakistan precisely for this mission. No, say Socialist Worker: Merah is a victim of French racism.

This is extraordinary article on a number of levels.

First of all, since when do we as socialists care about whether the convoluted defences concocted by lawyers get their fair share of media coverage?

And how can you compare the insane rampage by Bales which was condemned by everyone, with the actions of a self-described Al Qaeda fighter — whose actions fit right into line with the organisation’s strategy?

Robert Bales was whisked off by the US military and taken to a federal maximum security prison in Kansas, and he will most likely stand trial for his crimes.

But Mohamed Merah was not repudiated by Al Qaeda, and had he been whisked away to its camps in Pakistan he would likely have been hailed as a hero.

But why even make the comparison?

It reminds me of Max Shachtman’s famous quote that whenever Stalinists were challenged about this or that horrible crime in the Soviet Union, they would reply, “But what about your Negroes in the South?”

The core of Wolfreys’ argument is that France is a racist society. And so what? Does anti-Muslim racism justify going on a rampage and butchering children at a Jewish school?

Here is what socialists should be saying — and presumably are saying — in France today:

In the war between Islamo-fascism and bourgeois democracy, the victory of the first would be a tragedy of historic proportions.

That doesn’t justify trampling on civil liberties or spouting Islamophobic messages, as the French Right will do.

But it does mean taking sides against Islamist terrorism, and not seeking to justify it or defend it as the SWP does.