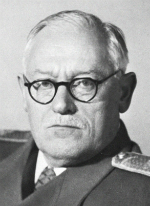 The downfall of Chang Song-thaek, once considered the second most powerful person in North Korea, is a lesson in history for a new generation – and not only in Korea.

The parallels to Soviet history are so striking that one almost wonders if Kim Jong-un read Robert Conquest’s “The Great Terror” – the classic history of the Stalinist purges of the late 1930s.

That’s not an entirely rhetorical question either, as Kim was educated abroad and may well have had access to history books denied to ordinary North Koreans.

In any event, the regime he now heads openly reveres Stalin and is perhaps the only one in the world that does so.

Fidel Castro has criticized Stalin, but also says “He established unity in the Soviet Union. He consolidated what Lenin had begun: party unity.”

People with only a passing acquaintance with Soviet history may be surprised to discover that nearly all the victims of Stalin’s massive purge which peaked in 1937 were not, in fact, oppositionists.

Nearly all the former White Guards, Mensheviks and Social Revolutionaries had already been killed or exiled. And there were practically no survivors of earlier purges directed against Bolshevik opponents of Stalin such as Trotsky or Zinoviev by the time the Great Terror was unleashed. (Zinoviev, Kamenev, Bukharin and others were kept alive – but their supporters were either dead or in the GULAG by the time of the great show trials.)

Stalin’s victims in 1937 were overwhelmingly loyal supporters of his regime, including almost the entire leadership of the Communist Party and the Red Army.

Chang Song-thaek was, as far as we know, a loyal supporter of the Kim dynasty and the North Korean regime his entire life.

His sacking, swift trial and and even swifter execution fit precisely the pattern seen throughout the USSR in the last years of the 1930s as thousands of Communist Party leaders went to their deaths – often believing that the great Stalin had nothing to do with what was happening.

Media coverage in the West shows some basic misunderstandings of how a classically Stalinist reign of terror unfolds.

For example, as soon as word came out that Chang Song-thaek was executed, some Western journalists speculated that his wife might come next.

But then reports came out saying that Chang’s widow, Kim Kyung-hee, had actually demanded his execution.

Instead of being arrested herself, she was promoted to a prominent state committee.

This process – leading the calls for her husband to be killed, then apparently being accepted back into the fold – is classic Stalinist practice.

Unfortunately for Kim Kyung-hee, it will inevitably be followed with the discovery that she was as guilty as her late and unlamented husband. Her days are numbered – and she certainly knows this.

The language used by the regime – which referred to Chang as “despicable human scum … who was worse than a dog” reminds one BBC journalist of Shakespeare, but the inspiration surely is the Stalinist prosecutor Andrey Vyshinsky, who infamously declared during one of the Moscow trials:

“Shoot these rabid dogs. Death to this gang who hide their ferocious teeth, their eagle claws, from the people! … Down with these abject animals! Let’s put an end once and for all to these miserable hybrids of foxes and pigs, these stinking corpses!”

The chronology of Chang’s downfall also follows a template perfected by Stalin and his secret police boss Yezhov during the Terror.

First of all, Chang’s closest associates were brought down – and apparently, publicly executed.

It was standard practice in Stalin’s USSR to discover traitors and spies at lower levels, and then to use this to topple powerful men who had “protected” them and covered up their treason.

One cannot understand what is happening in North Korea without understanding Stalin. This lack of historical context is causing even academic experts to misread developments – and to make wildly inaccurate predictions.

One of these is the argument that the current purge will somehow weaken the Kim regime.

Some North Korean defectors now living in the South are spreading reports they’ve heard that some North Koreans consider the execution of Chang a sign of weakness by the young leader.

But this ignores not only the Stalinist template he appears to be following, but even the history of the specifically North Korean variant of Stalinism.

Kim’s grandfather, Kim Il-sung, did not inherit his post as Great Leader from his father, but rose to power on the corpses of political rivals – many of them loyal Communists.

His grandson is simply following in the family footsteps – and continuing with a tradition that began in Russia nearly eight decades ago.