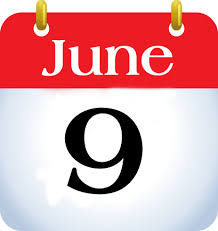 I think it is a safe bet to assume that we are going to wake up on morning of June 9, 2017 to a Tory government with an increased parliamentary majority, and with Labour facing an electoral defeat of historic magnitude.

Some people who agree with me on that will say that our task is to do what we can between now and then to ensure that Labour (and other anti-Tory parties) get the largest possible vote. I am not unsympathetic to that point of view, but I think what happens in the next seven weeks during the campaign is not nearly as important as what we do starting on June 9th.

I do not believe that a new political party of the left is going to emerge. Every attempt to break away from Labour, in whatever direction (whether the SDP of the 1980s or Socialist Alliance two decades later) has ended in tears.

The only way to topple the Tory government that will almost certainly still be in power in 2022 is with a powerful, energised and effective Labour Party.

It’s not just about getting rid of Jeremy Corbyn as Party leader. I think on the morning of June 9th it will not be difficult to persuade people of that.

It’s about getting rid of Corbynism, and replacing it with something much better — creating a Labour Party that we can be proud of, that can win over millions of new supporters, and that is ready to govern. That would be a Party with not only a new leader, but with a new vision.

Here is how one friend of mine described a possible alternative:

“A party of social democracy inoculated against Stalinism and despotism. Multi-platformed – a party of ideas and experimentalism and play. Feminism and the struggle against patriarchy has to be absolutely central. For universal human rights and planetary humanism and the right of national self-determination. Totally committed to anti-racism and anti-anti-semitism and utterly propelled by refugee rights and movement. … Anti-fascism is non-negotiable including standing against left fascism and totalitarian impulses. Internationalist, utopian, pragmatic and for goodness sake – a thinking party with a revulsion against stupidity. For full sexual expression and the dismantling of the role of reactionary religious forces in our social world and private lives.”

I think what’s needed now is for people who share that idea to begin discussions, serious discussions, on how we get from here (Corbynism) to there (a Labour Party that will win in 2022). Discussion, and then moving toward to the formation of an actual organisation. I even have a proposal for a name: the June 9th Movement (J9M).