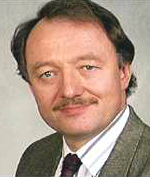 In November 1986, Ken Livingstone visited Israel as the guest of Mapam (the United Workers’ Party). He toured the country, appeared on national television, met Knesset members, visited a kibbutz and spoke with Mapam activists in the party headquarters in Tel Aviv. I was there, and had a chance to conduct a half-hour interview with Livingstone afterwards.

Livingstone was impressed by his visit to a kibbutz. He described the kibbutzim as being “economically very effective” and admired the community’s child care system which was liberating for women. But we mostly didn’t speak about Israel — I was more interested in drawing out Livingstone on broader issues regarding the Soviet Union, democratic socialism, and more.

Sometimes his answers surprised me. During the meeting with Mapam activists, I asked him about a proposal then made by a right-wing Israeli politician suggesting that leftists should be excluded from the security services. I wondered if similar issues were coming up in Britain, especially considering its history of Soviet spies successfully infiltrating their security services. You have to understand the atmosphere of the the 1930s, he told us. There was the struggle against fascism, and the image of the Soviet Union as a bulwark against the Nazis. Perhaps under those circumstances, he said, “I could have been Kim Philby.”

I agreed with every word — but then he went on to express his admiration for Fidel Castro’s Cuba.

There was a lot he didn’t talk about, including the Holocaust and Zionism. People who know Livingstone much better than I do, who know his past, will know that by the time he came to visit Israel, he was already in the orbit of the violently anti-Israel Workers’ Revolutionary Party.

Maybe those were subjects which didn’t interest him very much at the time, or maybe he was being polite to his Israeli hosts. Who knows?