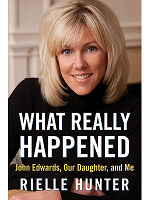 This article appeared in the Morning Star today.

At the beginning of this month, the prosecution of former US Senator John Edwards for breaking campaign financing laws ended in a fiasco. The federal jury in North Carolina acquitted Edwards on one count and could not reach consensus on the remaining five. The judge declared a mistrial and Edwards walked free.

The case is important to progressives in America for a number of reasons — above all because of the defendant himself, John Edwards.

In 2004, Edwards ran for the Democratic nomination for the Presidency, was beaten by John Kerry and then became Kerry’s running mate. In 2008, Edwards ran again, and this time was beaten out by Barack Obama.

Edwards’ 2008 campaign was an extraordinary one.

He launched his bid for the Presidency standing in the ruins of New Orleans, a city which had become a symbol of what Edwards would call “the two Americas”.

The Bush administration had clearly failed to cope with Hurricane Katrina and Edwards was promising a new vision. He made the fight against poverty central to his campaign and was the only major Presidential candidate to do so.

At the core of Edwards’ 2008 campaign was his health care reform proposal, which went far beyond anything Obama was then calling for or later proposed.

Edwards was the closest thing America had seen to a social democratic candidate in decades. He was almost certainly influenced by the writings of the late Michael Harrington, the socialist author whose book “The Other America” convinced some Democratic politicians in the 1960s to attempt to tackle the issue of poverty.

Many on the American Left and in the trade unions became enthusiastic supporters of the Edwards campaign — most notably the United Steel Workers, the mine workers and the transportation workers unions.

But early on, and even before the “Super Tuesday” primaries, Edwards suddenly and unexpectedly pulled out of the race, leaving it as a battle between Hillary Clinton and Barack Obama.

We now know why he quit.

Edwards had had an affair with Rielle Hunter, a videographer hired by his campaign. Hunter became pregnant and gave birth to a girl. Edwards eventually accepted that the child was his, and provided financial support.

This happened at a time when Edwards’ wife, Elizabeth, was dying of cancer. The couple later on separated, and Mrs. Edwards died in December 2010.

Edwards tried to keep things quiet, and was given a large sum of money by a 102-year-old millionairess named “Bunny” Mellon to do so.

It was the Mellon money that the federal prosecutors were investigating — charging that Edwards had misappropriated campaign funds.

The collapse of the federal case raises some interesting issues.

It has to be said that Edwards’ decision to have an affair and then cover it up was stupid and in the end devastating for the causes he advocated. With his political career over, America lost a highly effective and articulate advocate for social change. No one of his stature has stepped forward to replace him.

It may well have been stupid, but it was almost certainly a matter for the Edwards family and no one else’s business. That family has gone through hell in recent years, starting with the accidental death of their teen-age son more than a decade ago, Elizabeth Edwards’ long battle with cancer, and then this.

Edwards’ children stood by his side during the whole court battle.

And yet the public, parts of the Left included, has become nearly hysterical about Edwards’ sin. And “sin” is the right word here.

A recent article in the liberal New York Times pointed out how vacuous Edwards actually was — but the more than 200 comments were far more biting. The phrase “rotten scumbag” was tossed around, and many like it.

The consensus among most commenters was that Edwards should at the very least disappear from public life, and never dare to rear his head again.

It may well be true that another Presidential run is out of the question. But that doesn’t mean Edwards needs to crawl into a hole somewhere, as many suggested.

The very idea that his marital infidelity is a public matter, and that it disqualifies him from playing any role in public life, is part of that same almost-medieval morality in America that seems so foreign to Europeans.

It’s the same reason why Americans are so reluctant to allow gay marriage, and make having safe and legal abortions so difficult.

And it’s hypocritical, to say the least. The revered John Kennedy and his brothers Robert and Edward, despite their Catholic faith, were hardly paragons of marital virtue.

Bill Clinton, now a respected elder statesman and world leader, had a record of marital infidelity that made John Edwards look like a saint.

So why was Edwards singled out in a way Clinton wasn’t? The answer may be partly in the politics.

The far-right media in America, such as Murdoch’s Fox News, hate Edwards in a very special way. They hated Clinton too, but Clinton was at least a “moderate” — not a “leftist” like Edwards.

Whatever Edwards did in his private life, the campaign he ran four years ago was a historic moment for American progressives and he put issues like poverty in the mainstream.

And for that “sin”, some on the Right will never forgive him.