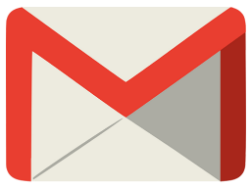 I recently read Dave Eggers’ new novel, The Circle, which describes a world in which a Facebook-Google-like company takes over people’s lives and brings about a complete end to privacy. Some would describe the book as being visionary, or a warning. I think it actually didn’t go far enough.

Soon, we’ll have Google Glasses and driverless cars and countless other bits of hardware and software that turn our lives into an open book. And that’s a book which is open not to the security services of governments which we, in the end, elect, but to the data mining departments at faceless, privately-owned giant corporations which are accountable to no one.

One could withdraw from all this, close down accounts on Facebook and Twitter, get rid of that FitBit, and ditch the mobile phone which can pinpoint exactly where we are at any moment. Or one could take some simple steps that would radically improve one’s privacy without totally disconnecting from everything.

An easy one is Gmail.

I’ve ditched it and you can too.

When Gmail came on the scene, it was an exceptionally good web-based email client, and those of us who were using Hotmail (later purchased by Microsoft) or Yahoo Mail, eventually moved over to Google’s service. There was, however, one tiny little problem with Gmail.

They give it away for free (mostly), and crushed the competition by giving away more gigabytes of storage than anyone else.

Millions of us signed up to use it. And we discovered, if we were paying attention, how Google benefited from this: they data mine our emails. We turn over the content of our address books and our emails, including attachments, to Google, and in exchange they mine the data to find ways to sell us things.

If Google knows that you are discussing having a holiday in Spain with your friends and family, it will helpfully show you advertisements promoting various Spanish-related holiday deals — on the same screen as you see your emails.

Google will say in its defense that no one at Google reads your emails. That’s also a lie. While there are no slave-labouring children chained to their desks in Burma while they read your emails, there are massive server farms with countless thousands of powerful computers — and they are reading your emails.

That’s how Google makes it money from Gmail — by selling your most private information to anyone willing to pay for it, in order to sell you a product or service.

Now Google is not alone in doing this, and Facebook is possibly an even more egregious violator of your private space. Facebook’s business model is also to sell your information to advertisers, and they’re very good at this.

But the difference between using Gmail and using Facebook is an important one: if you quit Facebook, you lose access to all your friends and contacts who are, for better or worse, using the space.

But if you quit Gmail, you can move to an alternative web-based email platform and keep all your emails, all your contacts, as if nothing changed.

You use Facebook (and Twitter and LinkedIn and other social networks) to stay in touch with people who are part of closed digital ecosystems.

But you use Gmail as one of many possible email clients and quitting Gmail doesn’t mean you stop using email.

I’ve seen the difference between using Gmail and using a service that you may have to pay for (but which doesn’t run ads) summed up in this way: for Google, you are not a client, you are an asset.

I’d rather be a client than an asset.  Let me explain why.

I’d rather pay a small amount of money to not see any ads — and more important to protect my privacy from the prying eyes of private corporations aiming to know me better in order to sell me more.

Most of the web-based email services out there are not much better than Gmail when it comes to privacy. But many of them acknowledge the privacy issues raised by Gmail’s practice.

When Microsoft launched Outlook.com as a replacement for Hotmail, it challenged Google on this very issue. In an online table comparing their service to Google’s and Yahoo’s, Microsoft writes that Outlook.com (unlike Gmail and Yahoo Mail) “doesn’t serve targeted ads based on email contents”.

But of course Microsoft is hardly to be trusted with one’s privacy any more than Google is. And one of the “advantages” of using it, they claim, is its tight integration with Facebook, Skype and Twitter. In other words, sharing your personal information across all those platforms rather than letting Google have it. Why do I not feel any more secure reading this?

If you don’t want to be anyone’s “asset” and are willing to pay a company a small amount of money to provide you with a web-based email service, here are the things you should be looking at:

The service I’ve chosen is Fastmail — an Australian based company that’s been around for 15 years, longer than Gmail.

For a time it was owned by Opera, the Norwegian browser company, but became independent recently as its original owners bought it back.

Here’s how Fastmail stacks up on the issues I raised above:

Cost: The most basic plan is just $10 per year, but that wouldn’t be very useful if you’re a serious email user. I am a very serious user, and I’ve gone for the Enhanced Plan — $40 per year, for which I receive 15 GB of email storage. All my emails in recent years total up to barely a third of that, so it’s plenty of room for most people. So I’m paying £2.00 a month for the privilege of privacy — and for a first-class, extremely fast and intuitive email server.

Fastmail’s privacy: This is a company that really does take privacy seriously. They not only show you no ads and sell your information to no one, but their website goes on at some length about privacy laws in Australia and much more. While there is no guarantee that they will be 100% better than Google, they’re already a lot better by not selling your information to anyone.

Migrating from Gmail: I admit that this had me worried. But actually, Fastmail has a one-click IMAP migration button. You basically tell it your email address on Gmail and your password there, and it goes to work. When it’s done, it sends you an email telling you how many emails it’s imported and where (into which folders) it has put them. It was completely painless. For the handful of people who may write to me at my old Gmail address (see more on this below), I’ve simply instructed Gmail to forward my mail to Fastmail, which it does.

But wouldn’t I have to inform everyone that I no longer have a Gmail address?

I’ve used Fastmail on and off in the past, but am committed to it now and encourage everyone who’s using Gmail, Outlook.com or Yahoo Mail to consider making the shift.

3 Comments on "If you care about your privacy and use Gmail, read this"