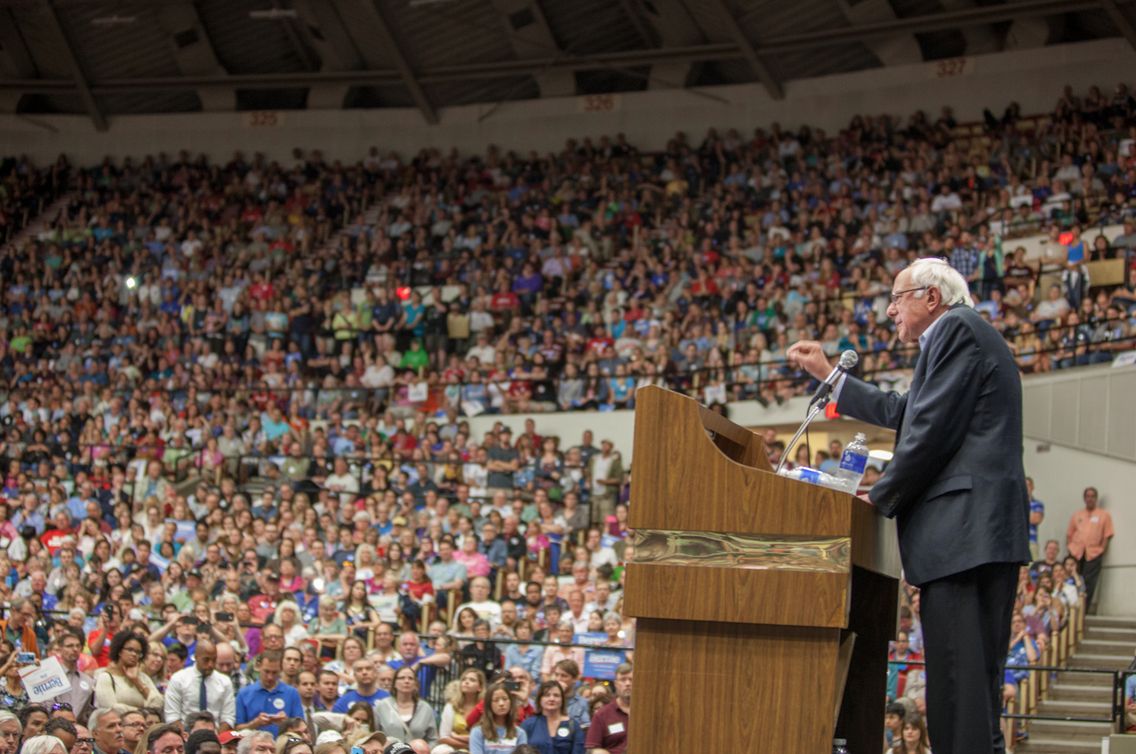 Sixty years ago, the Socialist Party ran its last presidential campaign in the United States.

In its heyday, the party could capture upwards of a million votes, achieving this result in 1912, 1920 and again in 1932. The best result was the first one, when Eugene V. Debs led the party to six percent of the national vote. But less than a quarter century after Norman Thomas won nearly 900,000 votes at the height of the Great Depression, the total number of votes the Socialist could muster nationwide was a mere 2,044. Its final Presidential candidate, the successor to the legendary Debs and Thomas, was the little-known Darlington Hoopes.

By then, even the last stalwarts in the party accepted that it was no longer feasible to wage presidential campaigns. Within a year of the Socialists reaching their electoral nadir, the party was strengthened by the decision of Max Shachtman’s Independent Socialist League to join their ranks. The Shachtmanites rejected the traditional independent electoral strategy and called instead for the Socialists to join the ranks of the Democrats.

It took Shachtman and his comrades a decade to achieve their goal under the charismatic leadership of Michael Harrington. While the Socialists were grappling with issues of electoral strategy, a young man joined their youth organisation in Chicago, the Young People’s Socialist League (YPSL).

His name was Bernie Sanders.

Like many other YPSLs (pronounced “Yipsels”), the young Brooklyner was active in the peace movement through the Student Peace Union and the civil rights movement through the Congress of Racial Equality. Before joining the YPSL, Sanders was introduced to politics by his older brother, Larry, who would take him to political meetings. Larry was active in the Young Democrats. It was in the YPSL that Bernie would learn about democratic socialism.

Half a century later, he continues to define himself as a democratic socialist. He advocates a program of reform that most socialists would be very comfortable with, including breaking up the big banks, investing hundreds of billions of dollars in rebuilding the country’s infrastructure and creating employment, health care as a right for all citizens, free tuition at all public universities, campaign finance reform, strengthening union rights, and much more.

His campaign for the presidency launched earlier this year has galvanized the American political system and given new hope for a rebirth of a democratic socialist movement in the country.

What has changed that allows a democratic socialist to emerge, seemingly out of nowhere, to become a serious contender for the presidency sixty years after the unfortunate Darlington Hoopes won only 2,044 votes? And what are his chances to win the Democratic nomination and the presidency in November?

I think that three things have happened to allow a professed socialist to run a credible campaign for the presidency in 2016.

First of all, the economic crisis that hit America (and the world) from 2008, triggered – as it did in many countries – a rise in critical thinking about capitalism. We have seen big gains for parties and leaders once considered “far left” in several European countries, and while this cannot express itself in America in the creation of a new mass party of the left like Syriza, it can and does express itself in social movements like Occupy, in the trade unions and in the liberal wing of the Democratic Party.

But an economic crisis alone cannot create the basis for the rise of a socialist left in a country like America. There have been a number of economic crises, with periods of mass unemployment, in the years since 1932, but none of these resulted in the rise of an overtly socialist candidate or movement.

The second factor that allows for the rise of Sanders is the passage of time since the end of the Cold War. One cannot overstate the importance of Stalinism in undermining and weakening the American left over many decades. Whether it was McCarthy-era red-baiting and persecution (which affected everyone on the left, not just the Stalinists) or the idiotic, counter-productive tactics of the Stalinists themselves, it was nearly impossible to say the word “socialism” aloud in America so long as the Soviet Union existed.

But with the fall of the Berlin Wall in 1989, a generation of Americans has grown up with no personal memory of that period, people for whom the word “socialist” is not necessarily a deal-breaker. There are people voting for Bernie Sanders today who were born in 1998, nearly a decade after the Wall came down. All voters under the age of 40 came of age politically only after Communism’s historic defeat.

None of this applies to Sanders, of course. The 74-year-old is a veteran of the YPSL from a time when socialists really were on the margins of American life, and when “socialism” really was a dirty word. But his supporters largely come from an entirely different generation, who’ve grown up in a different world.

The third thing that has happened is that Bernie Sanders, who his entire political life has been an independent, an opponent of the two-party system, has chosen to run as a Democrat. Some people on the small organised left in America would have preferred it otherwise. They would have liked to support a campaign like Ralph Nader’s, free of the taint of what Socialists use to call the “sewer” of the Democratic Party.

Nader himself followed in the tradition of a large number of well-intentioned but long-forgotten attempts to forge left-wing third parties in America. These included the peace campaigner Dr Benjamin Spock (People’s Party) who received fewer than 80,000 votes, or ecologist Barry Commoner (Citizen’s Party) who received 234,000 votes. Sanders was personally sympathetic to Nader, Spock and Commoner, campaigning for the latter two. But he learned an important lesson: to win a Presidential election in America, you need to run as a Democrat.

The extraordinary success of his campaign so far – regardless of what happens next – shows that he was right. His campaign is a vindication of everything Max Shachtman, Michael Harrington and their comrades fought for on the American left from the mid-1950s until now.

But does Sanders really have a chance?

I write these words two weeks before the Iowa caucus vote on February 1, the first electoral test of the Sanders candidacy. At the moment, all the polls show Iowa to be a tie between Sanders and Clinton. In the following vote, on February 9 in New Hampshire, polls show Sanders winning. If America wakes up on February 10 to learn that Bernie Sanders has won both Iowa and New Hampshire, it will represent a political earthquake.

Sixty years after the disappearance of the Socialists from the main stage of American politics, they have made a triumphant return. A former YPSL member from Chicago, still talking about the same democratic socialism he learned in the party of Debs and Thomas, may be on his way to becoming the forty-fifth president of the United States.

5 Comments on "The Sanders Revolution"