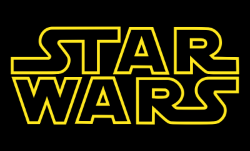 Socialists begin our understanding of culture with Marx’s oft-quoted comments about the ruling ideas of an age being the ideas of the ruling class.

Living under capitalism, we understand that just as we are critical of the structure of the society we live in, and the behaviour of its ruling class, so we are also critical of its cultural and intellectual production.

There are few cultural products that have been shared as widely as the Star Wars films. Seven films made over the course of nearly four decades have been seen by millions, possibly hundreds of millions, of people. As socialists, we should have something to say about this.

Some people would stop right there. It’s just a bit of entertainment, just some fun. Not to be taken seriously. Certainly not worthy of a critique.

I disagree. Marx, Trotsky and other socialists wrote extensively about culture, art and literature. Trotsky was acutely aware of the importance of film and wrote about it, among other places, in his short book, Problems of Life.

Like millions of other people, I went to see the latest Star Wars film over the Christmas break. Let me start of by saying that it is massive improvement over the three previous films (the prequels known as episodes I – III) and that the special effects are, as was to be expected, spectacular. That’s not much of a compliment, as the prequels were generally seen as disastrous. Fans waited eagerly for director J.J. Abrams to rescue the series, which he has now done. And the effects, while impressive, don’t have the same shock value as those of the original 1977 film. Then, we were seeing things we’d never seen before. In the current film, we’re seeing just more of them. And they are bigger.

Having said that, let’s try to look at the film critically. The moment one does so, certain things become obvious, and none of them are very good.

The Star Wars films, including the newest one, are celebrations of militarism and war. Nearly all the characters wear uniforms and carry weapons. The weapons are vastly more powerful than anything available today, and include the capacity to destroy entire planets.

With such enormously powerful weapons, far greater numbers of people are killed in a few minutes in a Star Wars film than have died in any wars we have experienced in human history.

And yet the films seem not to be too bothered about this. In the first film (Episode IV), when an entire planet is destroyed, one character says “I felt a great disturbance in the Force, as if millions of voices suddenly cried out in terror, and were suddenly silenced. I fear something terrible has happened.”

But in the latest film, when several planets are destroyed one after another, no one expresses any such feeling. The only comment made is that the enemy is getting closer to the rebel base and must be defeated.

Millions have died in an instant, but the “disturbance in the Force” is no longer felt.

This casual approach to death is linked to Star Wars’ approach to religion. To the extent to which anyone in the Star Wars universe holds religious beliefs, they believe in The Force. The Force has a dark side and a light side, but it is not entirely clear why one is a force for good and the other a force for evil. Take away the mood music and the evil-looking black costumes, and the two sides seem mirror images of each other.

The religion of Star Wars makes no pretence of being a code of ethics or morality; no one does anything because it is the right thing to do. Neither side seems to care in the slightest about taking the lives of millions on the other side.

Both sides are despotisms – one ruled by an Emperor (and in the current film, Supreme Leader Snoke), the other ruled by a Princess (now General). While the earlier Star Wars films made reference to a republic, and even showed a kind of parliament, there is nothing of the sort in the current film. There are just warlords on each side, each commanding their uniformed fighters, sending them to their deaths in an endless conflict that has now gone on for decades, if not centuries.

The script for the new film is derivative and unoriginal. As critics and fans have pointed out, there are plot holes large enough to fly the Millennium Falcon through. The film seems clearly aimed at children, and yet Disney has successfully marketed it to adults as well. As a commercial product, Star Wars is a great success.

Science fiction doesn’t have to be this way. We can imagine other worlds, other futures, that don’t insult our intelligence or celebrate militarism, genocide, autocracy and the worst forms of faux-religious mumbo-jumbo.

Harrison Ford, who plays Han Solo in the current film as he did in the first three, starred in just such an intelligent film when he played Deckard in Blade Runner. That film raised important questions about what it means to be human. Deaths in that film – even the deaths of replicants who were not human – were done on a human scale, one at a time, and each one painful and tragic.

That is what great science fiction looks like. Not Star Wars.