This article appears in today’s issue of Solidarity.  Please feel free to post comments there. 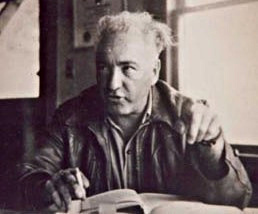 There can be little doubt that the murderous ideology of Islamic State is a form of fascism. In discussing how the Left should react to it, it is therefore necessary to return to our sources, to learn how earlier generations of socialists understood – and fought – fascism.

In that fight, Trotsky was of course an inspiring and authoritative figure. As opposed to the Stalinists, who saw no difference between the Nazis and the Social Democrats (and indeed sometimes preferred the Nazis), Trotsky understood fascism to be a mortal danger to the working class.

And while Trotsky’s deconstruction of the Stalinist argument was brilliant, like most socialists of his time, he understood fascism as a form of bourgeois society, one in which one section of the ruling class crushed all others. The classical Marxist understanding of fascism, however, could not explain, and sometimes did not even try to explain, the tremendous appeal of fascism to the working class itself.

Which brings us to the brilliant Austrian Jewish psychologist Wilhelm Reich (1897-1957). Reich was one of Freud’s outstanding disciples, but in the 1920s he moved increasingly to the left, eventually joining the Communist Party of Germany (KPD). There he engaged in theoretical work in an attempt to bridge the gap between Marxism and Freudianism. By 1929, he was able to get the official KPD journal, Under the Banner of Marxism, to publish his essay “Dialectical Materialism and Psychoanalysis.”

Reich also moved beyond theory with field work in working class communities, setting up clinics, carrying out sex education, and on, in the course of which he created a mass movement of young people engaged in a new politics of sexual liberation.

Reich grasped that fascism had its basis not only in the economic contradictions of a decaying, over-ripe capitalism, but also in the psychology of the masses.

His 1933 book, The Mass Psychology of Fascism, was an attempt to find out what made millions of workers who should have been a bulwark against fascism into its most fanatical supporters. Reich’s book was so outrageously controversial that it led to his expulsion from the KPD. A year later, he was kicked out of the International Psychoanalytical Association as well. It goes without saying that the Nazis too banned the book.

So what explained the appeal of fascism to people who would be its victims? Reich looked for what could make a child “apprehensive, shy, obedient, afraid of authority, good and adjusted in the authoritarian sense” and he found it in the family.

In particular, Reich linked the development of this kind of personality to the “suppression of the natural sexuality in the child”. He explained the lack of rebelliousness in such children – and later in adult life – by this. Sexual repression, he believed, “paralyses the rebellious forces because any rebellion is laden with anxiety; it produces, by inhibiting sexual curiosity and sexual thinking in the child, a general inhibition of thinking and of critical faculties.”

“In brief,” he wrote, “the goal of sexual suppression is that of producing an individual who is adjusted to the authoritarian order and who will submit to it in spite of all misery and degradation.”

Reich’s expulsion from both the Communist and Psychoanalytical movements left him isolated, and over the remaining two decades of his life he drifted far away from both the Marxism and Freudianism which he had worked so hard to bridge.

But his work over the course of a decade made a real and enduring contribution to a socialist understanding of fascism and how to fight it. That contribution can teach us much about the sources of Islamo-fascism today and how to defeat it.

Vulgar Marxists (and Trotsky was not one of those) are quick to point to simplistic class analyses to explain the rise of groups like Islamic State. Imperialism and colonialism left a legacy of poverty and inequality, and it was from a sense of powerlessness and despair that Islamism arose. This argument has been somewhat undermined by the fact that so many of the more prominent terrorists (such as the 9/11 murderers) were educated, middle class Muslims who lived in the West. Even today, there is no evidence linking young Muslims who run off to Syria to join IS with a personal experience of poverty or even oppression.

Wilhelm Reich’s description of the patriarchal, authoritarian family as the incubator of fascism was correct in Germany in 1933 and it is correct today. There can be little doubt that the suppression of “sexual curiosity and sexual thinking in the child” is part of the reactionary character of most Muslim societies.

Muslim societies are obviously not the only sexually repressive societies in the world, which is why fascism can find roots in other places as well. But Islamism is today a particularly aggressive and expansionist variant of fascism, one which threatens the entire world.

If Reich’s analysis is correct, what can socialists do to defeat fascism? Obviously, it is not enough to simply propose “class against class” as the answer. This was the view of the German Communists and it failed miserably as millions of ordinary Germans either supported the Nazis or accepted their rule with barely a murmur of protest.

Instead, the Left should directly confront the sexually repressive character of Islamo-fascism and prioritise the fight on that level. That means that it should no longer be possible to say that our first task is building support for, say, workers organisations in Iran and that support for gay rights in that country is secondary.

Gay rights, women’s liberation, and sexual freedom are not by-products of the revolution that is coming to that part of the world – they are the revolution.

Because of Reich’s later decline, a result in part of his expulsion from the both the Left and the psychoanalytical movement, his works have been largely forgotten and ignored, certainly by socialists. This is unfortunate, because a book like The Mass Psychology of Fascism can contribute so much to our understanding of Islamism and how it will be defeated in the end.

3 Comments on "The mass psychology of Islamo-fascism"